Among the tourist places, Siwan happens to be one of the richest self contained city of Bihar. The district itself was originally a sub division of the Saran region, which in primeval times formed a fraction of the Kosala Empire. Siwan much later became a proper district when it was divided from Saran in 1976. The word "Siwan" connotes the boundary in Bhojpuri. At present it is not situated as border region of Bihar but previously it was the southern limit of the Greater Nepal and that's why it called "Siwan", the border. Dr. Rajendra Prasad among other dignitaries was born here. It has a lot of attractions one needs to visit for. Zeeradei, Aashiana, Amarpur along with others are important locality in the area. 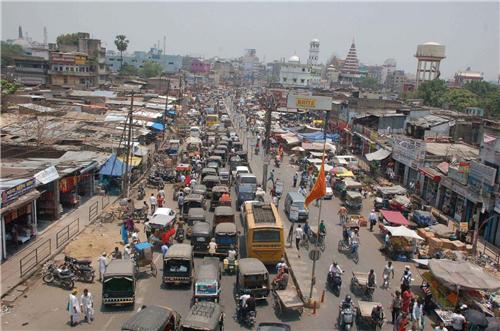 Zeeradei: Also spelt as Jeeradei it was home to Dr. Rajendra Prasad, the first President of India. One can still find the home of this great personality standing at this place.

Aashiana: It is a revered place for many as the residence of Maulana Mazharul Haq, a great freedom fighter and a proponent of Hindu Muslim unity. Faridpur, where he was born, is nothing short of a pilgrimage center today.

Raghunathpur: This place has much mythological importance for it is believed that Lord Ram halted here to take some rest after killing Tarka demon. It is also an assembly constituency in Siwan.

Amarpur: Though a small village, Amarpur has much archaeological and religious significance. It is located on the banks of the Ghaghara river and has the ruins of an old mosque which probably was built with red bricks, a rare architectural marvel. This place has its border with the Siwan region and Ballia region. Ballia region Maniar is in the south towards this place. It is close to the Uttar Pradesh State boundary. Located at a distance of only 3 km from Darauli, it is a little village well-known for a Mosque that was built during the ruling of the Emperor Shahjahan but the work was left unfinished. The village got its given name after the name of the designer of the Mosque, Naib Amar Singh. The mosque is in absolute ruins currently and the dilapidated structure can be seen on the bank of the river Ghaghara.

Darauali: It is a town in Darauli Block in Siwan region of Bihar. It fits in to Saran region and is located 30 KM on the way to the west from area head quarters Siwan. It is a Block chief quarter. One can find many remnants of Mughal rule here in the form of ruins. It is said that this place is named after the elder son of Emperor Shahjahan, Dara Shikoh. Darauali is voted among the prettiest places in Siwan. Constantly catering the tourists, it is economically strong too.

Don: This is one of the important regions in Siwan District, for here one can find religious significance for both Hindus and Buddhists. While a fort ruins found here is considered to have belonged to Dronacharya, the guru of Kauravas and Pandavas, there is also a Buddhist Stupa in Don, where a vase believed to have carried the ashes of Buddha is said to be buried. It is thus believed that Buddha must have died here at Don in Siwan district.

Plan a perfect trip in a proper time, and enjoy your vacation..!!